From newspaper reporting to corporate communications, I have been in the business of storytelling for more than 20 years. I can develop and deliver consistent messages that can influence change within an organization and write features that move the spirit and encourage readers to act. My previous experience includes public relations/marketing work for several small organizations (for-profit and nonprofit) as well as freelance writing for local, regional and national news outlets. My versatility, willingness to learn new skills and ability to craft quality writing across multiple mediums make me an asset to any organization.

On September 29, Her Royal Airship Ashanti and the Midwest Black Speculative Fiction Alliance will be hosting a jazz concert at Withrow High School to celebrate 20 years of the popular anime series, Cowboy Bebop. The concert also benefits Melodic Connections an organization dedicated to teaching people with special needs through the power of music. Aiesha Little, co-founder of the MBSFA came by to talk about the event. 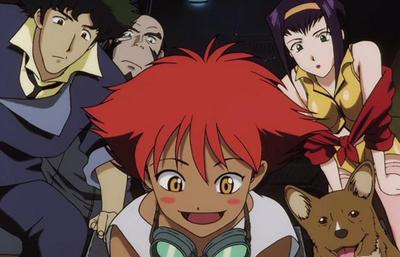 Aiesha Little, a self-professed blerd (black nerd), discovered the grittily nuanced splendor of Cowboy Bebop — one of most richly textured Japanese anime series — on Cartoon Network’s Adult Swim as a graduate student at Xavier University in 2001. She was struck by a combination of elements: The series’ stylized look, its unique Jazz-drenched soundtrack and its engaging tale of interstellar bounty hunters in a somewhat distant future. With its 20th anniversary on the horizon, she felt compelled to mark the occasion. Along with a network of like-minded friends, she orchestrated an event to pay homage: 3-2-1 Let’s Jam! A Philanthropic Jazz Tribute to Cowboy Bebop. 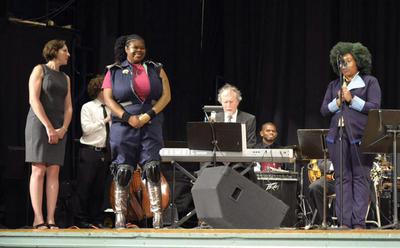